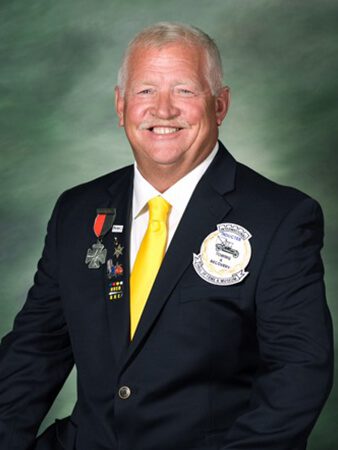 Bill regularly teaches seminars in Michigan as well as in other states and for other groups. He is a popular speaker, often requested back.

Following two tragic deaths in his home state of Michigan, Bill was inspired to make a difference and created a non-profit organization called “Move over Michigan Inc.”! Their mission is to help educate the motoring public to promote safety of emergency responders and reduce injuries, accidents and fatalities. He assists no less than 10 different fire departments with extrication training and dedicates time, equipment and employees from Byers Towing for training use. . He assisted in the response to the Oklahoma Bomb Disaster in 1995 by donating help through the Oakland County Sheriff’s Office, served 30 years as a Captain in the Fire Department and also as a part time Sheriff’s Deputy for 14 years!

He has helped lobby and pass legislation that includes towers in Michigan’s Move Over Law and went about engaging first responders to participate with towers in numerous functions such as parades, fairs, fire and police open houses and state seminars that presented to the Michigan Traffic Safety Summit. He has overseen and helped to create a website, social media presence, and marketing campaign that include apparel, banners, stickers and seminars to create awareness for MOM (Move Over Michigan) to attract the interest of millennials.

Bill is past President and secretary of the MTA and current legislative chair; Mid-West Legislative Rep for TRAA; MI Traffic Incident Instructor; and active memberships in many civic orientated groups in his community Bill has been rewarded with the Order of American Towman award, Citizens Lifesaving Award, Top 10 Wreckmasters Award of 1999 and the Citizens Leadership Award and most recently, Tow Times Champion Award. Inducted into Hall of Fame, Class of 2017