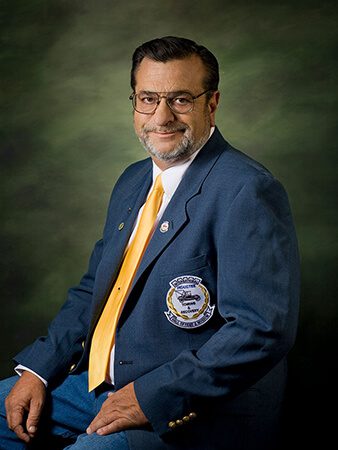 George is well-known in his region for bringing towers together to discuss issues and “take a stand” to protect the towing community. He is an advocate for safety and family business.

George has long been an outspoken advocate for the Colorado towing community in Denver’s legislative arena. He believes in protecting the industry and is not shy about standing his ground to protect towing companies right to running a profitable business.

George has been a role model for his children and fellow towing company kids since venturing into the towing and recovery industry. His kids now successfully manage his locations, both of which are growing and prospering.

George has been actively involved in the towing industry since 1973 and has held several positions on the State Board of the Towing & Recovery Professionals of Colorado including President, Treasurer and Board Member at Large. George was also one of the founding fathers of the Towing & Recovery Professionals of Colorado’s Widows and Orphans Fund. George continues to be an active member and supporter of TRAA. In the early 1990’s George became involved with The Friends of Towing and was an integral part of that organization’s transition into The International Towing & Recovery Hall of Fame and Museum, Inc. George has been a past president to ITRHFM and Chairman of the Board of Trustees.